Raw recording of Episode 0002 is done, Editing in progress…

I finally got around to getting my first episode on Ingress recorded. It needs a little clean-up, volume adjustment, a little minor mixing, and some written show notes, but it sounds like the audio is in pretty good shape. I should be able to get it done and uploaded by sometime tomorrow (well, “later today” by my clock’s reckoning, since it’s now “tomorrow” from when I started).

After an online discussion with Philip Durbin on Google+ I think I also need to set up a couple of static “pages” with all my previous audio collected together, one of which ought to be (initially-hand-generated for practice) an Atom feed so people who have just found me but want to pull what I’ve done previously into a “podcatcher” program (like AntennaPod, which is my current favorite) can easily do so. I need to figure out how to structure Atom feed entries anyway so I can help get an Opus feed going for Hacker Public Radio, too. I’ve gotten behind on working on the submission-upload webpage that should help build that.

I’m thinking about moving ALL of my previous audio here (including my old “Stir-Fried Stochasticity” science shows, which I really need to start doing again too, and maybe even random bits like my short ghost story. I’m thinking about just removing the www.dogphilosophy.net site at least for a while, in hopes that the brain-dead weenies in East Asia who insist on using an old “Blogspot” theme that includes a blank(!), no longer existing graphic hotlinked to my OLD www.dogphilosophy.net site as a background graphic and clogging up my webserver logs with their 404 errors will finally go the foop away.

Anyway, keep watching this space for more changes and updates. I may stick an Opus version of my Ingress episode up early for anyone who doesn’t want to wait for the Ogg Vorbis or crappy-old-mp3 versions to appear in the main Hacker Public Radio feed. 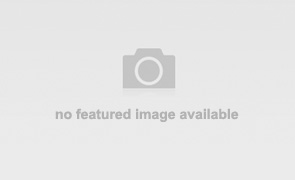 I’ve just gotten the audio uploaded to show up in the HPR queue (and it’s not posted here – though if anyone wants I can always generate a .opus version to put up). Just thought I’d mention that I participated in one of Nido’s “Hacker Public Radio Saturday Session” recordings where we had a panel discussion on what “Hacking” is. Like a lot of these impromptu discussions the four of…

I’ve been beta-testing Google’s new Ingress, which is an enjoyable location-based game. Since I’ve been talking about doing an episode on Geotagging soon, I figure this will make a suitable segue. I won’t say “I’m hoping I’ll have it ready for submission within a week” because if I do, chances are things will come up and I won’t get it done until November. However, people popping up to remind me…

I got a lot of positive feedback from my last Hacker Public Radio contribution on the subject of legally-free media and why it matters, so I’ll keep doing more episodes. Right now, I have three topics that I’m working on developing, and while taking our Canine-American family member for a walk, I thought of a fourth that I could develop (but will take a bit of research first). I’ll be…

Looking at the calendar now, a little over a month since this episode went into the Hacker Public Radio queue, it appears Thoughtkindness Episode 01 is just about to hit the feed, so I’ll go ahead and put the Opus version up here. As of today (October 24th, 2012), Chrome/Chromium and Opera still aren’t yet updated enough to support it, but Firefox (version 15 and later – currently “Stable” version…

Finally: Thoughtkindness Episode 01 is off for review

I finally got it done. Thoughtkindness Episode 01: “In Defense of Media Freetardation” went from being a small piece of advocacy to an hour-and-twenty-minute behemoth covering technical, legal, and ethical issues. I then foolishly publically committed myself to working on a software project. We’ll see how people like it (both the episode and the software idea). I got the Ogg Vorbis, MP3, and Speex versions of the episode assembled, got…

Harass me. Seriously, this relocation and career change has been (and continues to be) seriously distracting, but I really need to start producing audio again. I’d therefore be appreciative if anybody who cared would pop by and harass me (or send me email, or pester me on Google Talk or Google+ or whatever) regularly until I start delivering listenables again. Thank you.

Sorry for disappearing before getting Episode 01 out – I put a brief explanation/excuse over on my main site, but the summary is we had to somewhat suddenly move to jump on a business opportunity. Things should start settling down enough for me to get some time to get back to work on HPR-exclusive episodes of “Thoughtkindness” again shortly. Anybody interested in alternatives to the Apache web server?

I just uploaded .ogg, .spx, and .mp3 versions of my first submission to Hacker Public Radio. I think I managed to get the overall style I’m going for, so I’ll be interested to hear whether anybody but me likes it, assuming it’s accepted. It ought to show up in the HPR feed in the near future if so. I was trying to come up with a name for what will…

Well, that was easy enough for now. Now I just need to get my first contribution to HPR done and uploaded so that there’ll be something to discuss here.

Bad Behavior has blocked 58 access attempts in the last 7 days.